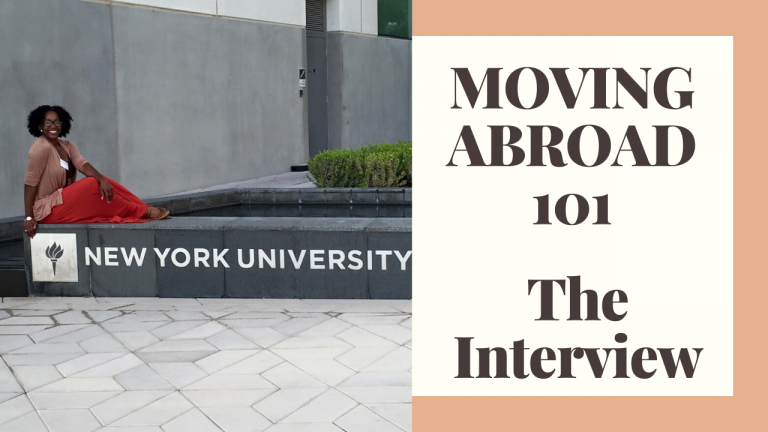 Reading Time: 10 minutes
As processes go, next up is my interview. Everyone’s journey will be different when applying to work abroad, BUT you most definitely will have an interview if you are going to work for a company. First-time movers and wanderers read all about my interview in this blog post moving abroad 101: The interview. You will find out that nervousness comes with the journey but if you put your best foot forward nothing can stand in your way! 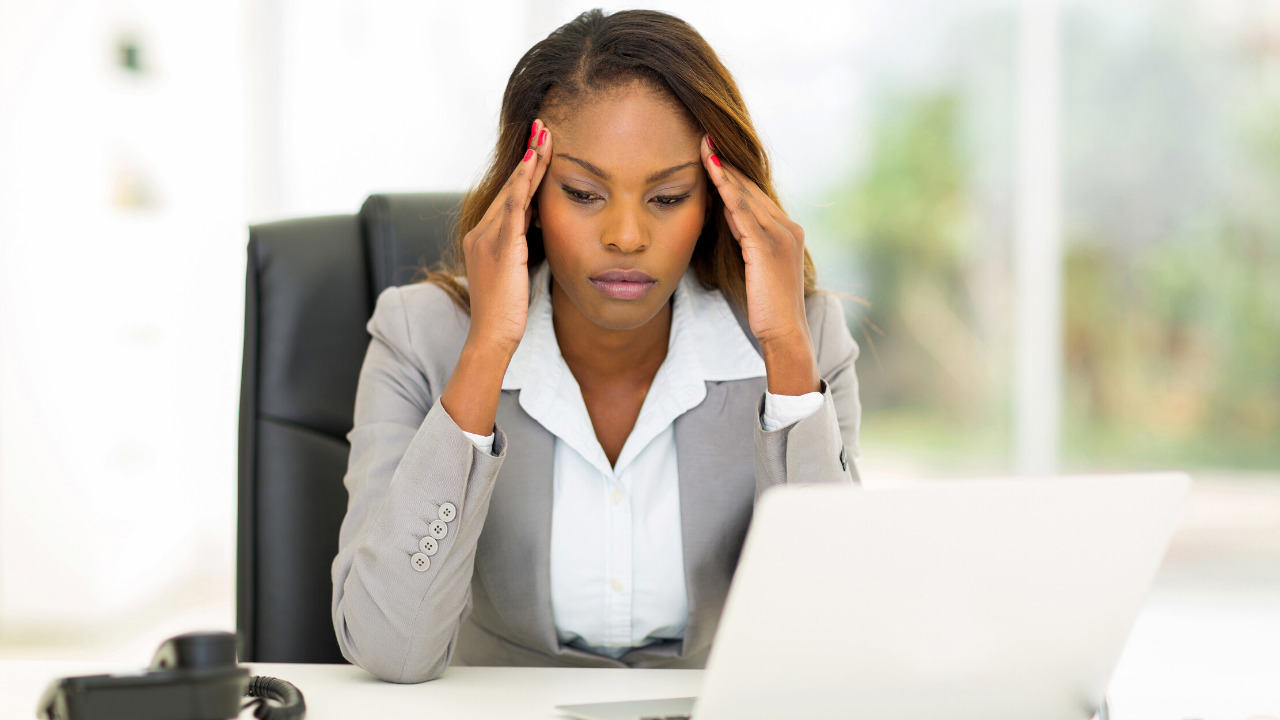 My interview date is FINALLY here! I arrived in Yonkers, New York around 2 am. At this point, I have only had around 3 hours of sleep. Between practicing my interview questions and doing what has become a routine of aimlessly reading blogs about moving abroad I left little time for rest. My mom, dad and I are fortunate to have family that lives near the city so we were able to save on hotel cost and get some family time in.
The company that I applied with Teachaway required me to bring a crapload of documents on paper AND via CD. So I’m sure you can imagine the thorough checking that I did to make sure everything was in line. Although at this point, listening to the wise words of my mother “Tia, it’s done. Leave it in God’s hands,” wouldn’t have been the worst idea. But luckily I finally found sleep or forced myself, either way, GET SOME SLEEP BEFORE YOUR INTERVIEW!!!

Note: This next part of my journey was written the same day as my interview. Over 5 years ago now. I was just blogging/writting my emotions. Although some parts of this blog have been updated to fit my growth in writing, I felt it neccesary to leave it. Unfortunately, in some cultures and places hair, like mine, can be intimidating in its natural form. Although I’m made my own choice for my hair, people should understand that different companies have certain expectations. You have to come to terms and be ok with what they require one way or the other. Food for thought when you are deciding if moving abroad is for you.

My alarm clock BLASTED in my ear around 6:15. With no time to press the snooze button, I hopped up, took a shower and attempted to tame this hair of mine. Now I’m not sure how many other naturalista’s I have out there but if you are one then you can understand the struggle of taming the hair. I had already made up my mind that I would slick it up in a bun (I didn’t want my massive fro to distract the interviewers) but ooooof course my hair wouldn’t slick down, I  left my gel in North Carolina!! So I moved to plan B….2 flat twist, simple enough right? NEGATIVE. After twisting one part of my hair I realized  I had no bobby pins to secure my hair UGGGGHHHH why me!!! Looking at the clock I realized it was 7:00!! I needed to be there by 7:45 and there as no telling how traffic would be. After all of that, I just decided to fro it out. If they couldn’t handle my fro now they definitely won’t be able to handle it if I were moving abroad.

I finally made it to The Westin in Times Square at 7:40. On my way to the meeting room, I got lost and met 2 other ladies that were both heading to the same meeting space as myself. Both were Teach Away candidates. Suggestion when preparing to move away from home: be friendly and open to meeting new people. Sometimes the most random people can help you in the toughest of times.

The room that all candidates for the day were seated in was a ballroom setup. There were over 100 candidates, so you can imagine what that did to my nerves. We had to wait while the tech guys set up the video of our debriefing. This took over an hour!! And can you believe my nerves were still bad! Finally, we got started with a debriefing where we got some really vital information about the interview process and the next steps if we were chosen for the job positions. Around 10 am debriefing ended and the roll was called.
Footprints candidates (another recruitment company) were taken out while the Teach Away folks stayed in the Palace room. After roll call we all were brought back together in a holding room where I found out that 2 of my sorority sisters in the crowd…Oooo-ooop! (Delta’s are EVERYWHERE!) We chatted about the different rumors we heard about the agency, what we looked forward to moving abroad, and tried to prepare one another for the interview. I found out from my representative that I was one of the last people to be interviewed and I had about an hour and a half wait. By this point, I was nodding off, wishing I had listened to my mom. So I decided to find some food. Luckily a McDonalds was only 400 feet away. I order a coffee…BLACK and some breakfast. I went back to the Westin and found me a table outside of the meeting room. (I wanted to be close in case my name was called.)
While I was stuffing my face one of my sorority sisters walked up and talked to me about her interview which really calmed my nerves. Another young woman who was on the elevator with me a one-point also joined and we all had a great conversation. We exchanged information and promised to keep in touch. See how being sociable can open up doors.
FINALLY, around 1 pm my name was called. I gathered all of my things and headed to what I thought would be the interview room. Unfortunately, I was taken to ANOTHER holding space. Luckily, I met another afro queen who was from Maryland. We sat and waited while the interviewers took a break. I swear that break seemed like it lasted for-freaking-ever! But, during my almost hour and a half of waiting, I meet 3 new people who talked about their interview experience. I found out that the interview would be done via Skype with 2 people on the other end. (These people were in Abu Dhabi). I was low key weirded that it wouldn’t be an in-person interview but I was glad I had a heads up so that I could turn up the charm to be felt through the screen.

AT LAST!! My time came! I was so close to the door to be interviewed. Only 2 people in front of me. While continuing the waiting game, which is what it felt like I came here for, I met another candidate who was also a PE teacher. I’m not 100 percent sure but I think we were the only Physical Education teachers from either group. Just speculation. While I sat outside of the interview room I could hear him (the other PE teacher) talking. He revealed his 16 or so years of teaching experience, which I won’t lie, intimidated me. I mean why would moving abroad to a new country, teaching kids from a different culture be the right fit for a newly certified teacher?
INSPIRATION: If you are in the room, never doubt if your presence is big enough for it. You are there for a reason! Click To Tweet
The PE teachers was called up next. Now, I’m one person from being interviewed. My nerves are sitting on top of my forehead in the form of sweat beads. After about 5 minutes the man came out of the room. This was strange as I had seen other people in the room for 10-20 minutes. I almost let him pass me by, but my eagerness and inquisitive spirit wouldn’t let him pass. Our convo went as follows.
Me: Hey! Are you done already?
Man: (Angry Tone)YES!! They wouldn’t interview me!
Me: What? Why not?!
Man: They told me that they aren’t hiring PE teachers because local Emirati teachers have filled the spots…they wasted my time. I flew here from Canada!!
Me: Woooow!!
Now, you probably can imagine my horror after being told this. I had waited ALL DAY, just to be told that my position was filled and my dreams of moving abroad were over before I even got a shot at fulfilling them. And then, BOOM, the sound of my name rolling off of the interviewer’s assistants tongue, stabbed me in my chest. I was literally shaking. But I walked what seemed to be a thousand miles to the room that was less than 10 feet away. I sat down and put a smile on my face.
The interviewers kept me on mute for about 5 minutes and I must say they were the longest most agonizing 5 minutes of my life. But I learned something in those 5 minutes, a beauty queen can’t hold a torch to me. I held that smile like a champ! I literally had to sit and watch these two people move their lips but say absolutely NOTHING to me. It was nerve-wracking, to say the least. Finally, they turned on the mic and my interview began. To my surprise, they actually interviewed me. A few of the questions that I can remember being asked were:
-What is your teaching style
-How do you incorporate differentiation into your class model
-What forms of assessment do you use
-How do you handle unruly behavior
-How do you reward good behavior
-What are your teaching strengths
-What are your teaching weaknesses
-How do you feel you will acclimate to teaching students of a different culture?
My interview lasted about 15 minutes and at the end, they asked the question I had been waiting for “Do you have any questions for us?” Immediately I said “Yes, actually I do. I wanted to know if the PE positions had been filled.”
They responded as if they knew about my previous conversation, “No, the previous candidate was misinformed, we do have PE positions available.”
I breathed a sigh of relief, gave thanks for the opportunity to interview, and left. My last step was to check with my representative to make sure that all of my documents were on paper and my CD file. Once that was complete I exited the hotel, breathed the biggest sigh of relief and started the next phase of this journey THE WAITING GAME.
So here I am, nervous and waiting. Yall pray for me!
Signed,
Just call me, please
Like what you see? Share it with your friends!